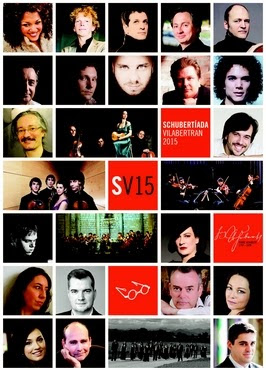 As I said yesterday, this week I’ve delayed the post one day because today, the Schubertiade Vilabertran 2015, the 23th festival, is presented. Many things are to be highlighted but first things first, we should know the song recitals. Matthias Goerne will be with us, of course, but also, for the very first time, Measha Brueggergosman, Luca Pisaroni, Sarah Connolly and Dorothea Röschmann. Besides, there will be the debut concert of Oddur Jonnson. Here we go!
Totally, there are seventeen concerts during a period of 10 days, from 20th to 29th August; There will also be four conferences of which I’ll talk about within a few weeks. You can find the detailed programs and all the information about the Schubertíada a Vilabertran at its webpage around 17h (in English within some days).

All night with my grief
I lie sleepless, waking;
dreaming, as if half asleep,
dreaming, I pass the day.