The son of the muses 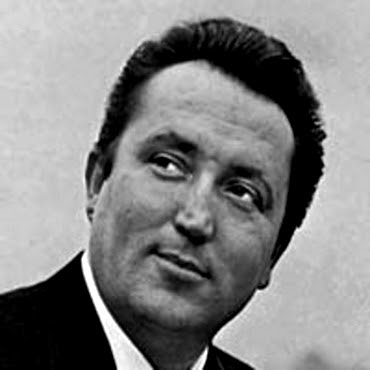 Fritz Wunderlich
A couple of years ago, I was moved when a reader who had been lucky enough to listen to Fritz Wunderlich at a concert hall, told me how much his death had impressed her, her incredulity when she heard that unexpected news on the radio. Many of us have known him only through his recordings, enough to fall in love with his voice and his singing. With regard to his personality, I might have an idealized overview but according to people who knew him, pictures and videos, I get the image of a charismatic man who irradiates happiness. This approachable image might help to encourage our fondness for him; many of us think often about him, especially around his death anniversary. Last Thursday was his 49th anniversary and this week, like every year, we're dedicating an special post to him.

We remember Fritz Wunderlich with a song that is a life and music celebration, Der Musensohn, D. 764 by Franz Schubert. That son of the muses, probably as young and beautiful as their protectors, travels around the world and enlightens it. He whistles and everybody follows his tune; where he passes by, the flowers come into bloom (in spring and also in winter) and the farmed fields grow; the dullest boys become full of life and energy, and he makes dance the most serious girls. But, doesn't he get tired? At the last verses, he complains and asks the Muses to rest but I don't really believe him...

Those verses that talk about creativity so lightly, are by Goethe and are part of the five poems that Schubert musicalized in December 1822, the last the great Wandrerers Nacthlied II, D. 768. It was the last time that Schubert chose new poems by Goethe; after that, he didn't compose any song from Goethe's poems until 1826, when he wrote his last versions of Mignon's songs. Schubert gave his song a traditional appearance that, as it happens, is not simple. To us, listeners, it's pure joy, but my feeling is that for singers and pianists, it's tricky. For pianists because of the fast and constant rhythm they have to keep; when they reach the final forzando they are probably happy and relieve. If the singer doesn't have a good knowledge of the text, it can become a tongue twister. I exaggerate but you know what I mean: the difficult task of saying the song with (apparent) ease is more complicated when the score indicates "quite lively" (ziemlich lebhabt).

Fritz Wunderlich (accompanied by Hubert Giesen) sounds easy, light and enthusiastic; his voice spreads happiness in his path. How could we not be grateful?
Der Musensohn