B is for baritone 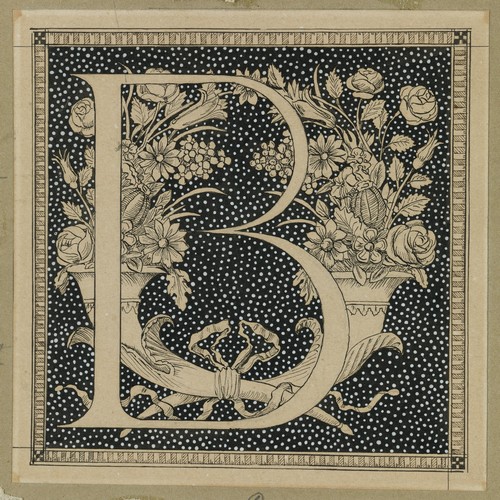 Capital letter B - James Tissot (Brooklin Museum)
Symptoms of baritonophilia are clear. You suffer from baritonophilia when you hear about Pikovaya Dama, you think of Prince Yeletsky, or hear about Die tote Stadt and think of Pierrot; you even think of Riccardo when someone mentions I Puritani. If a tenor sings Pelléas, you complain and you would rename Don Carlo as Posa. If you identify with those symptoms, you should know that it's a quite common disorder (not as much as tenoritis and sopranitis, though) and it's not serious. Just accept it. And enjoy it. And thank Mozart again, this time, because of his Don Giovanni, Leporello, Count Almaviva, Figaro, Guglielmo, Papageno and all of his baritone guys.

That's how opera works: each character has a fixed range. We must accept that. By no means Lucia di Lammermoor can become a baritone and not every opera can be exemplary as Billy Budd is (it would become a bit tedious, wouldn't it?) However, these annoying restrictions don't exist if we talk about Art Song and baritones can sing everything! And so can sopranos, mezzosopranos, tenors, countertenors, and basses! Any voice type can sing any song! You might think that not every single song; we discussed some exceptions some time ago. But the last remaining taboos are breaking down: I recently heard a tenor who sang Perduta ho la pace, that's to say, Verdis's Gretchen am Spinnrade. So Art Song, as my dear Don Giovanni says, "é aperto a tutti quanti. Viva la libertà!"

I suffer from baritonophilia, as my more loyal readers know. Despite the efforts I make to compensate for it, I’m afraid this blog also suffers from baritonophilia. I can say that only a quarter of our singers are baritones but the figures wouldn't be accurate unless I also mention that a third of the songs have been sang by them. It is strongly biased. For this reason, in Liederabend's alphabet, B can only be for baritone.

There is no accounting for taste; however, that the baritone voice has certain advantages when singing Art Song could be argued. One day, I was talking with a friend that suffers from sopranitis after listening to a song sang by a soprano. I told her that I’d rather like a baritone because they have their feet firmly on the ground and sopranos rise. She told me that she precisely liked that rising instead of baritones who were too mundane, too close to everyday life. I'll try to explain to you the physiological reasons of this household comments.

Our ear perceives two parameters: levels (higher, lower) and frequency (high, low). We're usually aware of levels, that in a simplyfied way are the same that volume. We're aware of frequency when we speak of music because, also in a simplyfied way, freqüency and pitch are the same thing and notes are frequencies. We also heard about frequencies when we buy an amplifier o headphones and see at the specifications a range of 20-20.000 Hz, that is the human hearing range.

Let's talk now about spoken speech. We perceive its quality according to two parameters: naturalness and intelligibility; They are concentrated in a range of frequencies that, probably due to evolution, coincide with the most sensitive frequency ear range. As usual, we realize the significance of these two parameters when they are missing; for instance, when we talk on the phone. We hear then an unnatural voice with lack of intelligibility; that's because the phone frequency range is too narrow. When the speech is not spoken but sang, there's also a quality change which is something that we all can hear. Of course, this time speech doesn't sound worst, as on the phone, but different. When we sing, the frequency range moves according to the music, to the notes. And this is what my friend and I said, in a very casual way: the baritone range is closer to the spoken speech, so their voice is more natural and more intelligible. That's what we called "feet on the ground." The voice of a soprano goes so far from spoken speech that we perceived it as a neatly different, "raised" voice. In addition, (and this can be a problem) sopranos lose intelligibility and must make an extra effort to be understood.

In other words, when it comes to singing close and fully comprehensible songs, baritones have some advantage. Beyond that, we all like what we like. My friend didn't care about what the soprano was saying; she loved that clear, high sound, far from the ground; I love the nearness of baritones.

Now we should listen to a baritone, shouldn’t we? I’ve chosen a young singer that we’ve never heard before, Benjamin Appl, because he's giving a song recital in a couple of months in Barcelona. His accompanist (here and at the Palau de la Música) will be James Baillieu. The song is by Anton Rubinstein, the Russian composer who wrote all the Wilhelm Meister's songs. As I told you, unfortunately there isn’t any recording of that songs but this time we can listen to one of his Sechs Lieder von Heine, op. 32: the last one, Der Asra.

Daily the fair Sultan's daughter
Wanders to and fro at twilight
By the margin of the fountain,
Where the waters white are rippling.

Daily the young slave at twilight
Stands beside the fountain's margin,
Where the waters white are rippling,
Daily grows he pale and paler.

There one evening moved the princess
Toward the slave with words swift-spoken
"Tell me, tell me what thy name is,
Where thy home is, what thy lineage?"

Spake the youthful slave: My name is
Mahomet, I come from Yemen;
And by birth I am an Asra,
One who dieth when he loves."